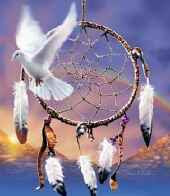 Neptune Cafe,
astrologer Michael O'Reilly's website carries good information for folks like me, interested in American politics. There's a section on presidential astrology which approaches the subject in a way which particularly appeals to me. There is a complete list of all America's past presidents with natal placements of Sun, Moon and Mars for each.

After studying the information there, I could even be convinced about the US national chart. I'm not keen on the idea of astrological charts for countries, but what do I know? Mr. O'Reilly points out the number of US presidents with aspects which would relate to a US chart with Scorpio on the ascendant (rather than Gemini, which is, I understand, the other option.) There's a rundown on the "top tier" candidates for 2008.

Sadly, Dennis Kucinich isn't included in the "top tier". That's not surprising, he's mostly being ignored by the media.

out though, that applying a similar yardstick to that used by Mr. O'Reilly, Dennis Kucinich has some positive indications. Natal Mars in Scorpio, is only about 1* away from the estimated US Scorpio ascendant. Natal Uranus in Gemini is trine the stated US Moon at 25 Aquarius.

There's plenty of time for a dark horse to emerge in this race. In any case, top tier or not, the voice of Dennis Kucinich is badly needed, both in America and in the world - it's a beacon of light.

From a campaign meeting last weekend the Las Vegas Review Journal reported that:

Kucinich told the audience that his campaign was gaining steam beneath the radar.

"What's happening is that in the last two debates, people have had a chance to see what I'm presenting to the American people, and it's quite different than what's being offered by others," he said. "We have to believe in peace again, and in order to get to peace, we have to have the courage to believe it's possible."

Kucinich said telecommunication has made the world smaller, while the Human Genome Project has shown "we're made of the same stuff." "All this evidence of oneness, of connectedness, it's not reflected in our politics," he said.

Kucinich, who began his political career on the Cleveland City Council nearly 40 years ago and served two terms as mayor of that city, called for abolishing nuclear weapons and creating a single-payer, government-run universal health care system.

All the other Democratic candidates, he noted, are unwilling to propose health care plans that don't continue "subsidizing the insurance companies."

"How can you want to be president of the United States and not want to challenge these entrenched industries?" he asked. "How can you even say that?"

Even if it should turn out that the majority of American people are not yet ready for Kucinich's message of peace and justice for all, intuition tells me that he's sowing seeds in the minds of young people - seeds which will grow in the coming decade.

A prediction: one day, in the not too distant future, America will have a president who will sound exactly like Dennis Kucinich - it may even be Dennis Kucinich. His theme song:

And the world will be better for this
That one man, scorned and covered with scars
Still strove with his last ounce of courage
To reach the unreachable star.

Twilight,
How are you? I sent you an e-mail earlier asking you if you could do a chart or tell me something about myself (I'm an egomaniac, by the way).
Are you still interested?
I was born on APril 1, 1964--what else do you need?

Thanks so much,
Laurie Anne

I haven't received an e-mail from you - my e-mail occasionally acts up....anyway, yes, I'll be glad look at your chart and see what I can make of it. I'll need your place of birth, and ideally the time of birth too. (If you're American it'll be on your birth certificate I think.)

Sorry about the e-mail problem. :-)