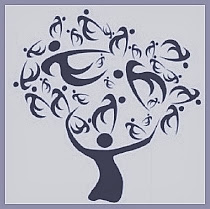 Family Values, a term of which I was not aware in Britain, it's one of those weird fuzzy American expressions that make certain types of people feel good about themselves, but when analysed ends up meaning practically nothing - or if found to mean something, meaning it ironically.


Wikipedia defines Family Values thus:
Family values are political and social beliefs that regard the nuclear family as the essential unit of society. Familialism is the ideology that promotes the family and its values as an institution.

Although the phrase family values is vague and has shifting meanings, it is most often associated[by whom?] with social and religious conservatives.[citation needed] In the late 20th and early 21st centuries, the term has been frequently used in political debates claiming that the world has seen a decline in family values since the end of the Second World War.

So, what are family values in laymen's terms rather than in Wiki-speak, politicians' or self-satisfied comfortably off Americans' terms? I doubt there could be any cover-all definition, other than a useless blanket textbook requirement: that family members should love and support one another. That's nice. Do they? Sometimes. Sometimes not. Sometimes members of families hate one another, or certain family members hate/despise one another, or envy each other or undermine each other.

Families are composed of a set of individuals with shared genes, who could possibly blend well, but also have a good chance of inheriting natures which contrast and clash, have vastly different personal opinions on what elements are of prime value in life.

In the best scenario family members do love one another in spite of personal differences of opinion. That's a good "family value", but not universal by any means. If and when it does occur, do those family members practice the same tolerance outside, in the wider world? That is the key question, in my view.

Just this week, coincidentally, I've been reading about a couple of current movies highlighting familial awkwardness or outright dysfunctionality: "Nebraska" and "August, Osage County". These movies seem to be portraying a mirror image of some of those beloved sugary American TV series of the past based around "the family": The Waltons, Little House on the Prairie etc.

Human values, encompassing the entire human family, are what are sorely needed now, not a set of values narrowly focused on isolated, and rather self-centered, "family" values.

As to the family, I have never understood how that fits in with the other ideals--or indeed, why it should be an ideal at all. A group of closely related persons living under one roof; it is a convenience, often a necessity, sometimes a pleasure, sometimes the reverse; but who first exalted it as admirable, an almost religious ideal?

Rose Macaulay,
The World My Wilderness

Yes, Twilight, "family values" is a peculiar expression. My own family is kinky and I've known and heard of families from all genres, so the meaning, I suppose, is "anything goes"...LOL.

I think the phrase is to replicate the wholesomeness of fictional TV families, particularly from the 1950s era, typical of "Father Knows Best", "Adventures of Ozzie and Harriet", "I Love Lucy", Leave It to Beaver", et al. And did I say these were fictional?!

I usually hear this expression when a politician or religious leader goes errant, typically involving sexual indiscretion(s), drugs, or "abuse". The accusation is often made, because the perpetrator has made very strong statements supporting family values and later betrays that pledge.


“The Right thinks that the breakdown of the family is the source of crime and poverty, and this they very insightfully blame on the homosexuals, which would be amusing were it not so tragic. Families and 'family values' are crushed by grinding poverty, which also makes violent crime and drugs attractive alternatives to desperate young men and sends young women into prostitution. Family values are no less corrupted by the corrosive effects of individualism, consumerism, and the accumulation of wealth. Instead of shouting this from the mountain tops, the get-me-to-heaven-and-the-rest-be-damned Christianity the Christian Right preaches is itself a version of selfish spiritual capitalism aimed at netting major and eternal dividends, and it fits hand in glove with American materialism and greed.” John D. Caputo, What Would Jesus Deconstruct?: The Good News of Postmodernism for the Church

mike ~ It must be the USA's natal Sun in Cancer that drives (or used to drive) such a strong national yearning for wholesome family stories, and the myth that these can reflect reality - their own reality.

Perhaps in decades past there was more likelihood of those wholesome values occurring in reality in the USA, and even becoming reflection of Norman Rockwell's superb artwork. I'm willing to believe that, but things seem definitely to have changed - a lot!

When gazing through America's past, there have always been glaring moral and ethical breaches. And those are the ones we know. FBI Director, J Edgar Hoover, deceased, supposedly kept many thick files on the rich, political, and famous in case he needed leverage. Hollywood moguls kept their stars under concealment through a network of agents and helpers...it was imperative that these stars exude wholesomeness. Just look at JFK's life...who woulda thought he was the ultimate womanizer? A lot comes out in the wash after they pass on. Prohibition and the "roaring 1920s" had many two-faced participants involving sex, drugs, alcohol, gambling, gangs. JFK's father supposedly made his riches pushing alcohol on the black market in that era.

I doubt that it's much different in any country. I'm sure Britain has many known scandals and many more never discovered. Human nature knows no bounds...it pays dividends to appear like everyone else, yet all peoples seem caught-up in their own moral-ethical dilemmas.

Re: your genealogy posts...I presented links of scientific studies showing that in the USA, 10% of children have genetic fathers that are not the male that child calls "father". I think the percentage was about the same for Britain...higher in other countries.

Among the nation’s billionaires, one of the most sought-after pieces of real estate right now is a quiet storefront in Sioux Falls, South Dakota.

A branch of Chicago’s Pritzker family rents space here, down the hall from the Minnesota clan that controls the Radisson hotel chain, and other rooms held by Miami and Hong Kong money.

Don’t look for any heiresses in this former five-and-dime. Most days, the small offices that represent these families are shut. Even empty, they provide their owners with an important asset: a South Dakota address for their trust funds."

mike (again) ~ Oh yes! Those at the top, in any country, seem to feel that they are excluded from any expectation of good moral behaviour, a law unto themselves.

Britain has had its share of scandals, and as you say there'll be many more remaining hidden - difference is I think, on the whole, that it's openly acknowledged. Brits, even Conservatives, tend to be less "holier than thou" than their American counterparts, and certainly don't rattle on about "family values".

Re genealogy: In my own family tree I've found several instances of births out of wedlock - it went on a lot in the 19th century and beyond. One grandfather, one great grandfather, perhaps a grandmother (not certain) were illegitimate - just for starters.
It was, and is still, though not as commonly, a fact of life. It makes "family values" take on a different shade. How is the child cared for ? If well, by grandparents or the mother alone or other relatives - that'd be good family values I guess. If the mother and child are thrown onto the street that'd be no family values. Both eventualities went on, probably still do.
......................
I read a piece on the South Dakota matter yesterday - yes. sickening indeed! :-/