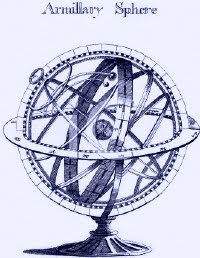 While holding the hair-dryer in one hand and turning the pages of Astrology for the Millions by Grant Lewi with the other, I came across reference to planetary nodes in relation to three highly significant historical events. On the days and places of The US Declaration of Independence (Gemini rising chart), the start of the Russian Revolution, and Hitler becoming chancellor of Germany, the nodes of Uranus, Neptune and Pluto, respectively, were either rising on their own nodes or their node was on the ascendant.

Planetary nodes could be something to bone up on, and watch during these "interesting times" in which we're living!

Grant Lewi's references set me looking for a 2007 post of mine on planetary nodes. I've copied the text of that later in this post, but first a note about a book on planetary nodes published in 2008 : Michael Erlewine's Interface - Planetary Nodes.
At Amazon's website product description is as follows: 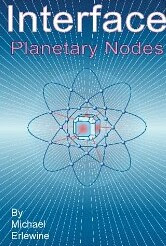 Astrology is all about nodes. The planetary orbits also create a system of nodes, a system of inclinations and disinclinations. Each pair of planets (any two) orbital planes intersect to create sensitive points, more like power points for that matter. As the planets travel around their orbits through time, they reach these power points or nodes two times in a complete orbit or cycle. At that point, the planet is not only in the plane of its own orbit, but simultaneously in the plane of the second planet, and this is a point of power or emphasis. This book is about the system of planetary nodes, a system of inclinations/disinclinations, and how to interpret them in your own natal chart. The book not only covers the theory and history of this technique, but also includes 160 230 Astro*Image cards and written text that interprets each planet in the plane of every other planet, both at the Interface Points and the Square Points.

Planetary nodes (other than Moon's nodes)were a subject seldom addressed by astrologers in the past, and not without reason. There are so many variables and potentials in astrology already, without adding more possibilities. I suspect a whole astrological system could be presented using only sensitive points: nodes, vertex, Aries point, the angles, etc.


At my original 2007 post (copied below) there are several interesting comments - here's a link to the page for any passing reader interested to read them; and here's the main body of that post:

It appears that there are yet more sensitive points to be found in our natal charts - those formed by the nodes of the planets. These are calculated in the same way as the Moon's nodes, they are: "points at which the orbits of the planets intersect the ecliptic, because of the inclination of their planes to the plane of the Earth's orbit." (Definition from Nicholas deVore's Encyclopedia of Astrology).

In her book Here and There in Astrology, Ivy M. Goldstein-Jacobson says

"the nodal points move not more than a degree and a half in a hundred years...... these are of value by conferring something of their own nature on the person whose planets they conjoin, thus explaining some of his special leanings to that extent.....a planet on one of these nodes at birth has that nodal vibration inborn and lasting throughout life"

There's further information about each planet's nodes from Jim D'Amato, at "Planetary Nodes" HERE. (It's necessary to forage among the adverts, but everything is there!)

Later positions of planetary nodes (2006) can be found at Astrology Weekly (Jim D'Amato's and Ivy Goldstein-Jacobson's information is for dates around 1960).

Finding the exact position of planetary nodes at one's time of birth, or for a specific event, could be tricky, I guess. Anyway, for 1960-ish here are the rounded-off positions(North/South nodes). For most adults these nodal positions are not likely to differ by more than a degree or so in their natal charts.

I have no planets within a degree of any of these positions, but I notice, from a quick look at the chart of my husband, that Neptune's North node is less than 2 degrees from his ascendant. That might well contribute to the many Piscean traits I see in him, which conflict sharply with his Aries Sun.

Here's another tidbit from Nicholas deVore's Encyclopedia of Astrology:

"One authority states that a lunation or eclipse on the South Node of a planet tends to release a destructive force of the nature of the planet involved. For example, conditions centering around Saturn's South Node may indicate a drought following an unusually hard winter"

How vital is it for the north node to counterbalance the south node?

James Higham ~ The nodes form a north-south axis, or line, between opposite points, always.

Wow! With the 1960s planetary node positions given my husband's 1960 birth puts Mercury and Mars nodes 1 and 2 degrees from my ascendant, Jupiter on my Mercury and Pluto 1 degree from my Sun.

What significance is there to having one's natal venus conjunct this venus nodal point?

Wanita Sears ~~~ If you follow the link to Jim D'Amato's website there's a list of brief interpretations for each planet's nodes when very close to a planet or point in a natal chart.
Broadly it appears that it's similar to having a conjunction of the planet itself, in most cases, though Mercury and Venus nodes seem not as significant .

dee ~~~ The nodes move VERY slowly. D'Amato says the amount they move in a lifetime is fairly insignificant. Yet that doesn't really tally with the difference from 1960 to 2006 (not a lifetime, only 46 years). Strange.

I'll keep looking for more detailed information, and if I find it will post again on this subject.

In the case of Venus nodes he says

Venus' Nodes are thought to be of a positive but minor significance in natal Horoscopes. Being in concert with Venus never hurts.

Wanita Sears ~~ I'm very pleased to know this was helpful. :-)