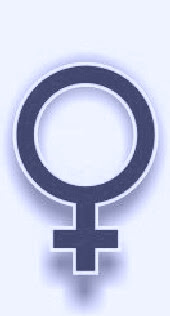 Libra and Taurus, the "Venus people", were compared by 20th century astrologer, Carl Payne Tobey in his Astrology Primer for the Millions (1965). His assessments of zodiac signs with the same planetary ruler help us see that, although there are big differences between the two signs, there is some similarity at their core, flowing from their common traditional ruler.

We should bear in mind that Mr Tobey's words refer not only to those with Sun in Taurus or Libra, but anyone with natal Moon or several planets in those signs, or with Taurus or Libra rising. If the ruler of one's Sun lies in one of these signs, some of Mr. Tobey's remarks will be quite likely to apply.

One thing I find puzzling is that Mr Tobey considers Libra to be lacking in initiative, as mentioned in various places in this piece. Astrological sources always indicate that the cardinal signs, of which Libra is one, are the initiators. I kind of understand what he's getting at, but there might have been a better way to express it.

So, here are some details from Carl Payne Tobey's book, with a few remarks from me, in red.

Taurus and Libra are usually friendly and perhaps lethargic signs. They are strongly attracted to the opposite sex but are not particularly aggressive about it. They are more inclined to let things come to them. They prefer to attract people to themselves than run after them. Yet here we have some very romantic people. They react more than they initiate (note from me - that's odd, Libra being Cardinal sign). .......

These are not what we could call the nervous types, particularly Taurus is not. In fact it can be stoic. Neither sign is too easily aroused. They are more inclined to take things in their stride........they are much more calm than other signs. They appear more easily satisfied.

For all of this, and for all of these similarities, they are opposites in many respects. 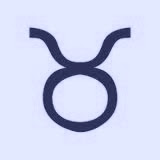 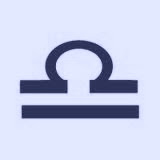 Taurus is more material. It comes into the world to think of and deal with material things, but under certain conditions is capable of great transformations. It likes the land and likes it in big quantities.........Great wealth is often connected with this sign. These people often build up great power of one kind or another. They enjoy possessing great power, even if they never use it. Hitler was a Taurean.......we had a breakthrough of a Taurean into the metaphysical in Shakespeare. In the entertainment world Bing Crosby (note from me - the author is of a different era, so most of his examples are not very useful in today's world - I've omitted those which now seem obscure).

Taurean women, for the most part are inclined to be settled. They can get pretty attached to their homes and families. They can be steadying influences upon their husbands. They will enjoy entertaining at home, but they like good homes in which to entertain. (We have to forgive Mr Tobey for his somewhat sexist outlook, he lived in a different era from us).

Libra isn't so attached to material things above what they may need for comfort. They like nice things and appreciate quality. They would prefer to do their entertaining in a small way, with a select group of friends. They are less impressed by bigness. They don't concentrate on one thing the way a Taurean will. There is stubbornness in Taurus, but this is rare in Libra. When enthused, Taurus has a one-track mind, one object upon which it concentrates......Libra is not like that. It weighs both sides of any subject. It knows when something is off balance.


Except when the ruling planet, Venus, is in Scorpio, Libra can be a very just sign. It doesn't want to hurt anybody. There is a considerable difference in that Taurus believes in its own power even though it is a cautious sign, while Libra lacks self-confidence. You have to convince Libra how good it is. Try to tell Libra how good it is and it will appreciate it but probably won't believe it. Nevertheless the sign will feel good because you said so.

Too few Libra people develop their talents properly because of the lack of self-confidence. There is often good musical or artisitic ability which is not developed. The sign likes all flattery even if it doesn't believe it.........there is an ability to understand abstract design, with the result that Libra can become a masterful mathematician, if the fear of mathematics as a subject is overcome.

It is apt to flatter Libra to be desired sexually, and the sign can be very affectionate.

While Taurus can be sluggish until it gets started or gets up its momentum, Libra is inclined to be lazy. The women enjoy sweets (note from me - I bet the men do too!) and if contentedly married they can become compulsive eaters. Then weight becomes a problem. Doctors investigating the subject find more Libra women afflicted with obesity than any other sign. They need a new interest of some kind to make them forget food and sweets (Oh, Mr Tobey - do I detect male chauvinism?).

With Libra the kidneys can be a weak spot, while with Taurus it is the throat.

Libra doesn't usually have the staying power of Taurus. ........Neither of these signs can ordinarily be called impulsive. They don't usually take the initiative (- even though Libra is a Cardinal sign?)......Yet many of the greatest military men have been born under these signs. They are not warriors. They do not want to fight, but if somebody is going to fight, they'll be likely to withdraw until they develop or assemble sufficient strength to win. U.S. Grant was a Taurean. (From me: Eisenhower was a Libran).

It is more difficult for Taurus to break away from the hereditary factor than for Libra to do so. There is basic family loyaly in Taurus, but if Libra doesn't like its relatives, it will look elsewhere for friends to take the place of relatives. It may show more interest in strangers than Taurus.....................

Neither of these signs can be considered as aggressive, nor can we call them ambitious signs. The Taureans who are ready to push themselves almost invariably have planets in Aries also (like Hitler), while Librans who will push themselves seem to have planets in Scorpio. Otherwise that push isn't there. Vitality and ambition are lacking.

These are not ordinarily to be considered signs of self-interest. They will usually step aside for others. It isn't in their nature to step on other people's toes. If they don't like a person, they will stay away from that person. They won't annoy him. When they can have harmonious associations they will be very cooperative. They are slow to anger, but don't push them too far. Particularly Taurus can be extremely violent if pushed too far.

Sounds about right to me - and I'm old enough to 'get' the politically incorrect comments.
Mother Taurus, father Libra, me Virgo 12th house Sun with Taurus Moon, Mercury cj Pallas in Libra 'in the bends'.

Also was wondering if you might look at Bert Jansch's chart, given the closing quote in Guardian article today:
- Jansch told this newspaper last year: "I'm not one for showing off. But I guess my guitar-playing sticks out."

Sabina ~~ Hi!
The Libra/Taurus thing is in your genes then! :-) Good to see that two Venus-ruled signs who, by some zodiac yardsticks oughtn't to be attracted - were, because of ruling planet. Same applies to Gemini and Virgo, Mercury-ruled.
we have a happily married couple of those Sun signs in the family.

Bert Jansch - there's a name I haven't heard for years! I see he died this week. RIP.

Yes, I'll maybe add him to Music Monday's post. Have drafted out one for Midge Ure (another Scot) for then (it's his birthday on Monday 10 Oct.), but will make it a 2-parter.

yes it is good to see two venus ruled signs attracted i guess you can call that the Venus Factor :-)