Astrology Skeptics & Preaching to the Choir in General 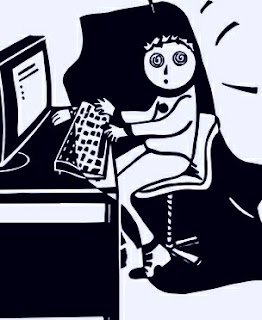 I sometimes turn "chicken" and shrink from using "Twilight" hyper-linked to this blog, when leaving comments outside of the astro-community, or on sites of my known non-astro blog-buddies. Among those with no interest in, or indeed a definite hatred of, astrology, such an interest tends to mark one as something of a nitwit, or at best as being totally irrational. My comment as "Twilight" might automatically become suspect. In most cases, though, I do use "Twilight", in the hope that someone, somewhere will sometime follow the link to my blog and find something of interest.

Following those thoughts somehow led me to land on a Philadelphia Area Center for History of Science website, and a blog there, from January 2011, written by Darin Hayton. The title interested me: What Exactly is Accomplished by Asserting "Astrology is Rubbish?" It's a good piece, well worth reading in full.

The piece closes with this thought:

But maybe despite its guise of rationality and argumentation, the anti-astrology polemic isn’t intended to persuade an opponent any more than any other polemic. Maybe it’s merely a secular form of “preaching to the choir.”

"Preaching to the choir".....always the easiest thing to do, isn't it? In all kinds of "churches" - church of politics, church of beliefs, church of preferences. It'd be an improvement if we all felt more able to "preach to non-choir members" in every "church", and know that we'd not be ridiculed or denigrated. I'm trying to work on it!


A few snips from the article follow, containing what I see as particularly significant points:

All the standard pieces are here: no mechanism, the damning example of precession, the invocation and rejection of “birth signs” as meaningful, the new planets, and the dismissal of astrologers and their audience as uneducated, irrational, and, implicitly, mentally deficient..........

Whatever else might be the case, astronomers seem singularly unable to avoid denouncing astrology and equally incapable of persuading proponents of astrology to relinquish their conviction (or even to dissuade the astrology-curious). Maybe astronomers’ lack of success is related to the cavalier approach they adopt when attacking astrology. They certainly have not engaged with the body of knowledge they hope to refute. Instead, they attack caricatures and straw men. They argue from authority rather than logic. And they seem to ignore astrology’s technical details—such as anything approaching an understanding of positional astronomy—and ignorant of astrology’s history. To be fair, they have occasionally asked questions about possible mechanisms for astral influence, but then dismiss the very possibility of such a mechanism. No doubt they realize that their invectives do not constitute logically compelling arguments. So what then is the point of their denunciations? And whom are they trying to convince?............

And what really is at stake in this enduring battle between science and astrology? Are astronomers afraid that their funding will suddenly go to astrologers? Does the fate of the free world or the rational mind or science depend on refuting astrology? Given the characterization of astrologers and believers in astrology as simple-minded, uneducated, irrational dupes, what threat do these people pose to astronomers and scientists? Does belief in astrology stand for a purported, societal-wide irrationality that threatens the entire practice of science? That seems a bit apocalyptic, but maybe. And what is served by the denigrating rhetoric typically used to brand astrologers frauds and charlatans? Surely it would be more effective to adopt a more conversational approach rather than labeling astrologers and their customers irrational, superstitious dupes...............

The author of the piece does add a disclaimer:

*To be clear, this is not meant as a defense of astrology or astrologers but rather an analysis of the typical form as well as the common tropes found in the anti-astrology polemics. Nor is this an effort to assert once again that astrology was an important intellectual activity in the past that provided the motivation for much of the science that we would now call astronomy.

GP: No need of any apology or justification, T. Let's call "a cat a cat"! If you know astrology is something more (far more) than mere imagination, leave the doubts to whom does not deserve any better.

Had to think of politics (the other of your interests):

South Africa has a 'Ministry of the Poor". Brazil's Dilma (and Lula before) have a very efficient program going to eradicate poverty. It's only the more "evolved" hypocrits, like the USA who do not even dear talking of the zilions of their own poor.

And good (or sad) to know: to be poor in a rich country hurts twice as much as in Brazil or South Africa!

PS. I repeat: let's call a cat a cat (nothing against these adorable felines...)

Anonymous/Gian Paul ~~ With regard to astrology - yes, agreed. I have no ambition to be any kind of missionary for astrology, other than writing this blog. At the same time I don't wish to be classed as an idiot or lacking in critical thinking, because of my own interest in the subject.

With regard to politics - it's very difficult to make oneself understood if trying to communicate with those who embrace the opposite perspective from one's own.....the non-choristers. But, in truth, that is the only way anything can ever change. As long as people stand on opposite sides of a divide shouting abuse at one another nothing changes.

It's a conundrum and a frustration. I don't know the answer. The Occupy Wall Street growing movement is trying to remain unattached to any side - and concentrating on their own concerns. That's a good model and I hope they can keep it up.

You are right about the USA - and if we're talking cats, this nation has become a fat, belligerent, nasty feline, ready to scratch out the eyes of anyone, even its own litter, who would question it.

Among those with no interest in, or indeed a definite hatred of, astrology, such an interest tends to mark one as something of a nitwit, or at best as being totally irrational.

You're obviously into it and have the charts and connections so it's not as if you're just rabbiting off the top of your head. An intelligent non-believer would be wise to be circumspect and see what he/she can learn.

Thanks for your comment - I try to remain rational and post only stuff I can substantiate (at least to my own satisfaction). I'm enough of a cynic/sceptic myself to have given astrology the old heave-ho long ago if I'd found it to be nothing but fluff and superstition.
:-)

The quote from JD relates to a lot of my current reading.

I remember the quote mentioned from here:

It is also in one of the books I am currently reading.

But where? It is hiding from me..

JD and Cherry Pie ~
Hi both!

I recall seeing that quote in a Nourishing Obscurity piece (or comment) recently.

My head spins at the mention of quantum theory. By comparison understanding and having some level of belief in astrology is a walk in the park for me....lol!

But I understand what JD means.
:-)

oh, i just love it when the astrology blogs i follow take me outside of astrology-only websites! and i feel exactly the same way as you do about sharing my interest in this system. i tend to keep it to myself except with those i am very close to. i am an analytical, science loving thinker, so those few people have tended to actually listen to me while smiling away through the course of the conversation.

i have gotten to the place in my life where i no longer need validation for everything i think or do, but i am not keen to throw 'my' pearls before swine. thats just dumb behaviour. the kicker for me is that i just dont get how its ok - in fact, encouraged - to believe in some of the main religeons yet its not ok to believe in astrology. this leads me to the exact reaction that the author states near the end of his article:
'And what really is at stake in this enduring battle between science and astrology? Are astronomers afraid that their funding will suddenly go to astrologers? Does the fate of the free world or the rational mind or science depend on refuting astrology? ... what threat do these people pose to astronomers and scientists? Does belief in astrology stand for a purported, societal-wide irrationality that threatens the entire practice of science?..Surely it would be more effective to adopt a more conversational approach rather than labeling astrologers and their customers irrational, superstitious dupes.'

aint none stranger than folk!

GP: Mary Beth may find interest in the following (totally subjective opinion of mine):

If astrology - or science - or any experimentable life-phenomenon exist and function (at least to whom is in one of them), that amounts to prove that what does prevent mutual understanding/communication between these various "compartments" is not the "whole of their cause" but the (unfortunate and restrictive) subjectivity of it's (partial) practitioners.

So, as said before, no need for any justification. Let the ignorant (by their own choice!) smolder in their restricted views of the universe. With no air-conditioning working, a modern tower of Babel can become a smoldering inferno...

Thank you both for your thoughts on this - I agree with what you've written.

Hi
Thank you for article
I have a small block Horoscope It's terrible :)
Thanks again...