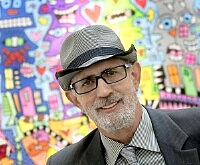 
HIS MOTTO WAS:"Keep on smiling"..James Rizzi studied Fine Arts at the University of Florida in Gainesville, Florida. He came up with the idea of 3D multiples now mostly associated with his name when, having taken classes in painting, printmaking and sculpturing, he had to hand in grade work for all three subjects, but only had time for doing one. So he created an etching, printed it twice, handcolored it, and mounted parts of the one print on top of the other, using wire as a means of adding depth. Having received good grades from all three teachers, he stuck with the idea and developed it further. 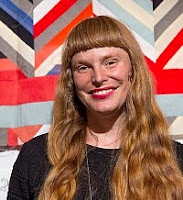 Carson Ellis, born October 5, 1975 in Vancouver, British Columbia is an artist known for her children's book illustrations and her album art.

Influential artist Carson Ellis made her solo picture-book debut with a whimsical tribute to the many possibilities of home: