The story so far: 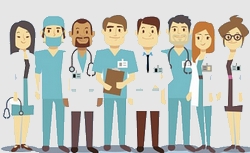 In February this year I was diagnosed, after a routine mammogram, with early stage breast cancer. I had surgery - a lumpectomy. All was well, except that the medication prescribed by an oncologist, to hopefully prevent any recurrence of cancer didn't suit me, possibly due to my aged body chemistry (I'll be 80 on 27 January).Pluto was visiting my natal Mercury as all this happened. (Mercury lies close to descendant angle in my natal chart, quite an important placement). As Pluto moved ever so slowly on, some time after surgery, I was given alternative medication, to also deal with early stage osteoporosis of the spine, as well as helping with the breast cancer problem. I began feeling good once more.

The plan is that I am to be checked every 3 months via either breast MRI or mammogram with ultra sound scans when more info is needed. Possibly this is just for the first year - or maybe for two years. On my 6 month check, last week, I had a breast MRI. I was called back for "more information" and an ultra sound scan. Dread returned to the pit of stomach!

I had the ultra-sound scan on Monday. I'd worried myself sick over the weekend. The fact that Jupiter was transiting conjunct my natal Mercury gave me some hope that the malignancy actually hadn't resurrected itself. The very nice, highly efficient radiology doctor, who remembered me from my previous radiology adventures, assured me, after doing three scans, that what caused the MRI to have recorded a problem was just some scar tissue. This will not be a worry unless it enlarges during the next 3 months, when he'll scan it again. If any change other than decreasing in size occurs, he'll take a tissue sample. He fully expects that all will be fine.

I was so reassured after the scan, I broke my teetotal habit, in place since last February, and we went to Applebee's to have a drink. A double Glenlivet and soda cleared away the weekend's stress!

My husband has had his own medical issues this year: new pacemaker last month, cataract surgery next month. This is not annus horribilis, it's annus hospitalis!

Twilight ~ About those mammograms. Hope you're being fully informed -but seriously doubt it- as to risks and alternative methods of detection. You're already aware of one alternative, which is ultrasound. There's also thermography and self-examination. You might also want to consider the benefits of natural preventative care ~ for instance both radiation and alcohol are known carcinogens, while maintaining adequate levels of vitamin D and iodine seem to offer some protection. There are test kits available for the latter. Allowing your breasts room to 'breathe' may also help.

Some of the links are to sites I've not fully vetted, although the content and studies they cite seem to line up with what I remember learning years ago, when I participated in an online breast health forum, something I've mentioned before:

I did find this article, which mentions Moira Dolan, one of the doctors I heard speak originally. Here's an excerpt followed by link:

"Dr Moira Dolan talked about the ‘mammogram scam’ and shared some statistics which the cancer care community would rather we didn’t know. Admittedly, this is a sensitive subject, as any negative talk about mammography is a bit like stomping on hallowed ground. However, Dr Dolan made no bones about the fact that mammography in itself exposes women to huge amounts of radiation over a lifetime, and in the US, where some women are being advised to have mammography annually, this is a real concern. It was also interesting to learn that some of the findings of mammography which are inconclusive at screening, lead to a significant number of women undergoing invasive procedures only to be told that they do not have cancer… and furthermore, many more women receiving treatment for cancer cells detected which are highly unlikely to ever eventuate into invasive cancer.":

Good luck! Whatever you choose, I wish you good health.:)

It's been a very tough year for you both, we're at the age of breakdown and frailty and the nerves being shattered by ongoing uncertainty and more tests.

Thought are with you and Anyjazz, T as you climb this wee mountain.

LB ~ Thank you for all of your links and observations - I'm grateful for them. Yes, there are drawbacks to the mammogram programme in the USA. In the UK we had mammograms only every 3 years - I did that until my 60s, when I emigrated to the US, so I have had significantly fewer in my lifetime, since my late 40s. I shall be 80 in January by the way...so I do not need to be preparing for another 20 to 30 years!

I have to remain grateful for the mammogram in February which highlighted the early cancer cells discovered. They were said to be of the invasive type, but fortunately for me had not spread at all. I had been doing a mammogram, here, every 18 months to 2 years since aged 70 or so.

I'll see how things progress. I do have confidence in the surgeon and radiologists who have been involved in procedures so far, but will not be shy to refuse anything with which I am not comfortable. I've done that already with the oncolgist's first suggestions on medications to prevent recurrence, which did not suit my body chemistry at all.
Thanks again LB. :)

Wisewebwoman ~ Thank you WWW. Yes the uncertainty is worse than the actual procedures!
Our mountains are as molehills to some others we know of, WWW. My heart bleeds for RJ and his wife, for instance. I feel 'blessed' (though not quite sure by whom) that our hillocks are relatively minor ones, and that we still have strength enough to wander up 'em trying not to complain overmuch. :)

Twilight~ my heart sank when I read your headline. Fortunately, it sounds like it may well be a false alarm and the doctors are being ultra-cautious. Ultra-caution sounds great to me. It may cause some worry for a while until reassurance, but better that than dismissing it, only to find later it was indeed something nasty.
Mrs RJ is presently in hospital. Fluid from the cancer was collecting in her abdomen, putting pressure on her stomach and causing her to not eat. Consequently, she was rapidly losing weight and growing weaker. Yesterday (Wednesday) she had two litres of fluid removed and is now eating well again. Friday she goes for a CT scan then commences chemotherapy on Monday. She will remain in hospital until the doctors assess she is sufficiently recovered from her first bout of chemo to return home, possibly next mid-week.
I have total faith in her doctors. Her oncologist is a woman whose specialty is ovarian cancer and she's considered one of the best in France, possibly in the whole of Europe. Apart from the hugely outrageous costs, I had no criticism of the US health system. It saved my life when I had a blocked aortic artery. But the standard of care my wife has received surpasses the best that even the US health system can offer. It may not be sufficient to save her life, but if the worst occurs at least I'll know that everything that could be done was done. Hopefully, it will allow us extra time together that we would not otherwise have had.
I'm so relieved your worries amounted to nothing. A double Glenlivet was well deserved. I think I'd have managed half the bottle. Best wishes to Anyjazz, I had the cataract surgery in the US back in 2006 and never looked back. As I said, I've no criticism of the US health service provided one can afford it.
As I now have a bottle of French red wine in front of me, I'll drink to your good health and many more years of it.

RJ Adams ~ Hi, RJ and thank you for your words, and for updated information about Mrs RJ's situation. I often think of her and try to send positive vibes winging across thousands of miles. I know how hard things must be for you both at present, but it's good to know that treatment is underway, and that you have first class health care and excellent professionals involved.

Thanks for the mention of your own cataract surgery, RJ. I shall pass that on to Himself. He saw the Eye Doc. this morning for pre-op instructions. His first cataract surgery is slated for Monday morning and on the other eye one week later.

I'm back on the wagon now for me, not that I ever drank a lot, just a small Scotch in the evening with dry ginger usually, or a Bud Light when it was really hot weather. Every little helps though, to prevent toxins gathering. No more booze - except when a celebration is is order - on just 2 or 3 occasions during a year. :)

Peace and love to you both.x