Aubrey Beardley may not be a name well-known in the USA. He was an English artist/illustrator of the late 19th century. Homosexual, individualistic, original and an expert draftsman, he lived a short but probably very interesting life. He died of tuberculosis at the young age of 25. He managed to produce a large volume of illustrations for magazines and books in those few years. His work is instantly recognisable. 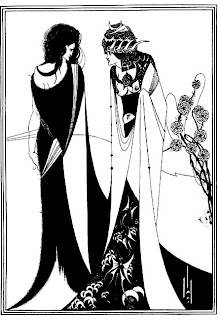 Born 21 August, 1872 in Brighton, England, according to Astrotheme his time of birth was 5.18pm. I'm skeptical about this, wondering where such precise information came from in a country where time of birth is not routinely recorded. Still - it might be correct, so I've used it. It gives Capricorn rising, Saturn on the ascendant, which may account for the large volume of work he managed to produce in such a short lifespan. 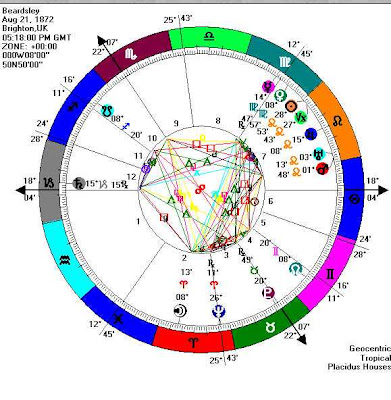 His Sun at 28 Leo is within a degree of the Vertex probably making that area extra sensitive to transits. On the day he died, March 16 1898, Mars was opposing his natal Sun/Vertex from 26* Aquarius.

Natal Mars and Uranus at 1 and 3 Leo tell me where his determined-to-shock originality came from. Mercury in Virgo would have endowed the attention to detail his expert draftsmanship required, being 8th house could account for the sexual content of his work. A Grand Trine in Earth involving Saturn, Mercury and Pluto, which in some people might manifest as a good dose of common sense, because the planets at the birth time given by Astrotheme occupy 8th, 12th and 3rd houses more likely manifest here as an almost obsessive concentration on sex - which I suppose IS earthy ! 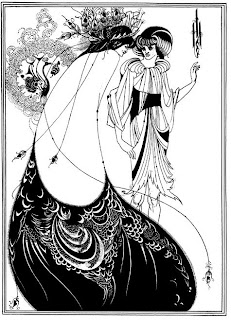 His bunch of Leo planets ensured he made himself felt in that late 19th century world.

Beardsley was one of those mortals most definitely "born before his time", even so, along with Oscar Wilde and a close group of like-minded friends he brought homosexuality out into the light of day - to the horror of many strait-laced individuals.

A highly original creator, he transformed the art of illustration and profoundly influenced artists of his own and subsequent generations. 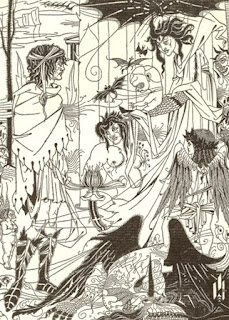 His expert draftsmanship made his drawings particularly suitable to the technical advances in printing at the end of the nineteenth century. Perhaps most important, however, he came to maturity at a time peculiarly suited to his genius, when theories of decadence and aestheticism gave license to the expression of perverse sexuality and to fetishism of all kinds. His work is sexually frank and, occasionally, pornographic. "
( from here.).