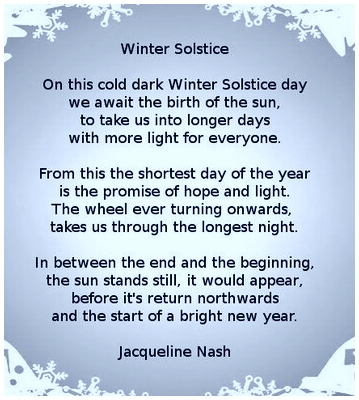 As we in the northern hemisphere prepare to welcome Winter Solstice 2019 on 21 December, in the southern hemisphere Summer Solstice will be celebrated. An urge to mark these points in time must be in our DNA. Humans have been doing so for as long as we are able to see into the distant past.

Countless structures around the world served ancient civilisations as natural calendars to mark solstices, equinoxes, and sites of sacred ceremony. The nearest such structure to our Oklahoma home is in New Mexico, the state adjoining Oklahoma's panhandle, to the west.

At the southern entrance to an area known as Chaco Canyon stands 443ft high Fajada Butte. 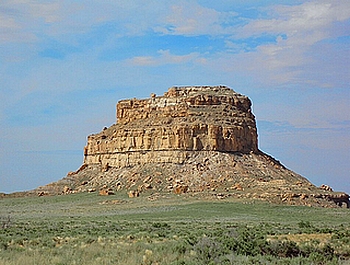 Here, in 1977, Dr. Anna Sofaer discovered the "Sun Dagger" - a petroglyph thought to have been carved some 1000 years ago by an ancient people who inhabited the area, the Anasazi, ancestors of the modern Pueblo peoples. The ancestral Puebloans were a prehistoric Native American civilization centered around the present-day Four Corners area of the Southwest United States, where Arizona, Utah, Colorado and New Mexico meet. The "dagger" is the only known site in the world that marks the extreme positions of both the moon and the sun.


"A large circular spiral and a small spiral are pecked in the cliff behind three large stone slabs. At midday on the summer solstice, the sun shines between the stone slabs and creates a dagger of light that bisects the large spiral. On midday of the winter solstice, two daggers bracket the large spiral. During the spring and the fall equinoxes, a small dagger of light bisects the small spiral. The slabs also cast shadow on the large spiral that marks the moon’s eighteen point six years cycle of its orbit" (Chaco Culture Brochure). 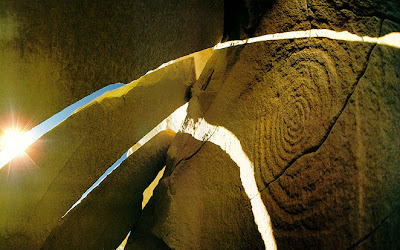 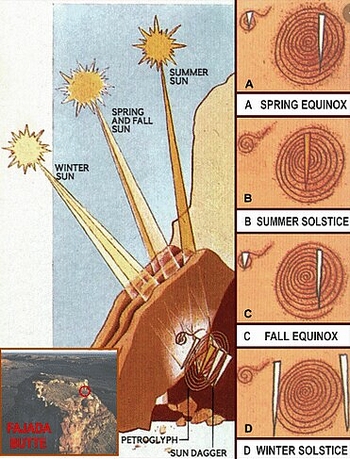 I linked to this on my FB page T as it is so educational. I hope you don't mind as you may get some hitherto unknown traffic. :D

We had a lovely solstice last night which I must write about.