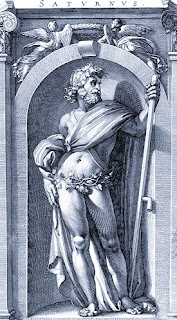 SATURNALIA - the roots of the annual festivities (exclusive of their later Christian significance) we either enjoy or dread, according to individual circumstance and taste. Symbols from other cultures have been layered atop the foundation, of course - and perhaps even a few from still earlier cultures lurk within, too far back in the mists of time for us to be certain.

In ancient Rome on 17 December and for the following seven days the people celebrated in honour of Saturn - not the planet - the god of sowing and husbandry. The goings-on during that wild week of debauchery would probably make even our 21st century hair stand on end! Oh.....I don't know though, maybe not. I came across this SATURNALIA cartoon strip from the mid 1990s the other day. It's not for the faint-hearted, there's nudity, sex, and historical narrative which could well be considered blasphemous....so if any of that would make you feel queasy, "Don't look Ethel!" The cartoonist responsible was Patrick Farley.

Yes, I was kidding myself when I wrote that Rome's December debaucheries would make our hair stand on end. Our 21st century western society has devolved into a kind of savage burlesque, and is quite possibly even now travelling the same road on which the Romans met their fate. 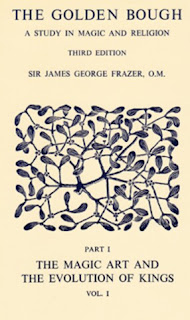 WE have seen that many peoples have been used to observe an annual period of license, when the customary restraints of law and morality are thrown aside, when the whole population give themselves up to extravagant mirth and jollity, and when the darker passions find a vent which would never be allowed them in the more staid and sober course of ordinary life. Such outbursts of the pent-up forces of human nature, too often degenerating into wild orgies of lust and crime, occur most commonly at the end of the year, and are frequently associated, as I have had occasion to point out, with one or other of the agricultural seasons, especially with the time of sowing or of harvest. Now, of all these periods of license the one which is best known and which in modern language has given its name to the rest, is the Saturnalia. This famous festival fell in December, the last month of the Roman year, and was popularly supposed to commemorate the merry reign of Saturn, the god of sowing and of husbandry, who lived on earth long ago as a righteous and beneficent king of Italy, drew the rude and scattered dwellers on the mountains together, taught them to till the ground, gave them laws, and ruled in peace. His reign was the fabled Golden Age: the earth brought forth abundantly: no sound of war or discord troubled the happy world: no baleful love of lucre worked like poison in the blood of the industrious and contented peasantry. Slavery and private property were alike unknown: all men had all things in common.

At last the good god, the kindly king, vanished suddenly; but his memory was cherished to distant ages, shrines were reared in his honour, and many hills and high places in Italy bore his name. Yet the bright tradition of his reign was crossed by a dark shadow: his altars are said to have been stained with the blood of human victims, for whom a more merciful age afterwards substituted effigies. Of this gloomy side of the god’s religion there is little or no trace in the descriptions which ancient writers have left us of the Saturnalia. Feasting and revelry and all the mad pursuit of pleasure are the features that seem to have especially marked this carnival of antiquity, as it went on for seven days in the streets and public squares and houses of ancient Rome from the seventeenth to the twenty-third of December.

....................masters actually changed places with their slaves and waited on them at table; and not till the serf had done eating and drinking was the board cleared and dinner set for his master. So far was this inversion of ranks carried, that each household became for a time a mimic republic in which the high offices of state were discharged by the slaves, who gave their orders and laid down the law as if they were indeed invested with all the dignity of the consulship, the praetorship, and the bench. Like the pale reflection of power thus accorded to bondsmen at the Saturnalia was the mock kingship for which freemen cast lots at the same season. The person on whom the lot fell enjoyed the title of king, and issued commands of a playful and ludicrous nature to his temporary subjects. One of them he might order to mix the wine, another to drink, another to sing, another to dance, another to speak in his own dispraise, another to carry a flute-girl on his back round the house........................................

Roman soldiers at Durostorum in Lower Moesia celebrated the Saturnalia year by year in the following manner. Thirty days before the festival they chose by lot from amongst themselves a young and handsome man, who was then clothed in royal attire to resemble Saturn. Thus arrayed and attended by a multitude of soldiers he went about in public with full license to indulge his passions and to taste of every pleasure, however base and shameful. But if his reign was merry, it was short and ended tragically; for when the thirty days were up and the festival of Saturn had come, he cut his own throat on the altar of the god whom he personated. 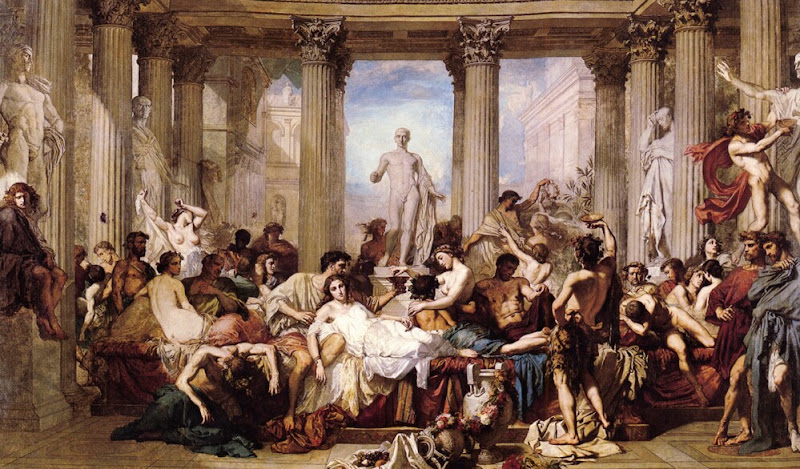 Let's haul ourselves back a century or several to acknowledge the source of my post title - though it's nothing at all to do with Saturnalia: Merle Haggard, as he was in his younger days sings "The Roots of My Raising":

Those pagans...so much more in tune with Earth's rhythms! Interesting that the more civilized humans have become, the more synthetic and artificial our values. We have cocooned ourselves right out of the natural world, through our abstract interpretation of what we "should" be. It's obvious that humans have become pitiful stewards of the Earth, with our perverse reformatting of the divine. We've lost our connection (probably most to our own souls) to reality.

mike ~~ Becoming more synthetic by the day too, a product of what's laughingly called progress.
We've probably crossed the Rubicon now, Mike, heading deep into a place no humans (we know of) have visited before. I hope the species can adapt quickly enough.

The famous Saturnalia, which many believe to be the origin of the Carnivals of our days...

Anyway how much the Rome of the Decadence resembles today’s world, isn’t it...