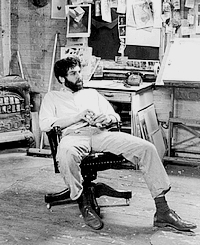 Robert Grossman, best known as brilliant political cartoonist and magazine cover artist, was born this day,
1 March, in 1940. He died around a year ago, in March 2018, aged 78.

His politically satirical cover illustrations for iconic American publications such as The Nation, TIME, and Rolling Stone are classics. For numerous examples just Google search Robert Grossman covers and cartoons, then click on "images". This one, from 2004, with adjustment of facial likenesses, could apply to 2020! 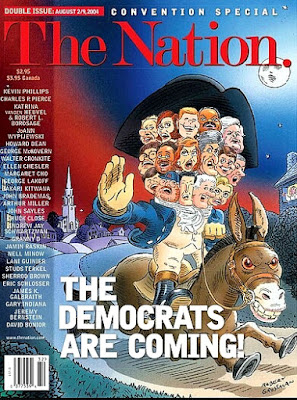 A once famous LP cover for comedy group The Firesign Theater by Robert Grossman used a little astrology. 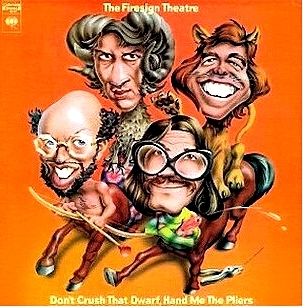 For the 1970 comedy recording Don't Crush That Dwarf, Hand Me the Pliers, Grossman painted a quartet of caricatures of The Firesign Theatre. The painting depicts the players as animal / human hybrids, with the animal portions signifying each member's Zodiacal sign (each was born under a Fire Sign).

Firesign Theatre material was conceived, written, and performed by its members Phil Austin, Peter Bergman, David Ossman, and Philip Proctor. The group's name stems from astrology, because all four were born under the three "fire signs": Aries (Austin), Leo (Proctor), and Sagittarius (Bergman and Ossman). Their popularity peaked in the late 1960s and early 1970s, and ebbed in the Reagan Era. They experienced a revival and second wave of popularity in the 1990s and continued to write, record and perform until Bergman's death in 2012.

Astrologically, Robert Grossman himself had Sun and Mercury in Pisces, but he also had three planets (Jupiter, Venus and Saturn) in Aries, Moon in Sagittarius and Pluto in Leo - so had Firesign credentials aplenty himself.

An obituary from UK's The Independent is worth a look. It features this cartoon strip by Grossman (must have been one of his much later pieces):