Digging around in some storage boxes the other day, I came across the following bits and pieces.

#1 - A card containing Mother Shipton's predictions, something my Grandma kept in her dressing table drawer, passed on to my mother, then via her to me. My 10-year old blog post about Mother Shipton and her prophecies is HERE. These are words of her predictions, as printed on the card.

#2 - A photograph taken at the blacksmith's shop in Gretna Green, part of a coach trip with my mother in the early 1990s, after Dad had died. Gretna Green became famous as the venue of many "shotgun marriages" in the days when stringent English law on marriage caused couples, desperate to tie the knot, to escape to Scotland where marriage laws were much less strict. Gretna Green was the first place over the English/Scottish border, the blacksmith's shop was the first building travellers encountered. The town now makes a pretty penny from tourists! Our trip included a stop at the blacksmith's shop, with opportunity for a fun photograph depicting a runaway marriage. In the photo below the guy seated with the shotgun - playing bride's father, was my late partner (for over 30 years), the lady seated (in the role of bride's mother) is my mother. I am in the crowd - behind and between the top hat of the rather elderly groom and a girl wearing a striped jacket. 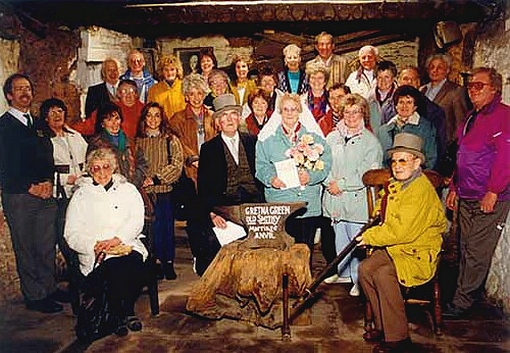 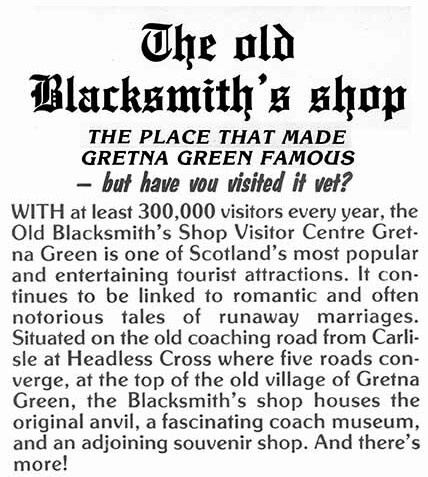 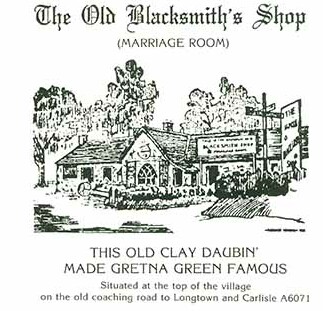 #3 A photograph I took on one of our many trips to Tenerife in the Canary Islands. One evening I must have noticed the setting Sun in just the right place for this: 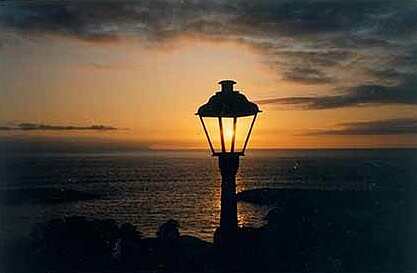 Thanks for this trip down Memory Lane T, Gretna Green was so well known in its time! And you, seriously, haven't changed a bit!

Great shot of the lamp, that took some patience!

Mother Shipton maybe knew Agnes Nutter. Good to know you're feeling well enough to traipse boxes in the frigid garage. Finding (or refinding) forgotten mementos from the past can seem surreal, connecting their importance for that specific time period to the present, so many years later and seemingly so out of context.

anyjazz ~ Thanks! That was a very lucky shot, for me - me of the wobbly camera hands. :)

Wisewebwoman ~ Thank you - WWW so kind of you. Glad you could still recognise me, sometimes I hardly recognise myself when looking through old photos. :)

Anonymous ~ I wouldn't be at all surprised if Sir Terry based Agnes on Mother Shipton :).
I'm feeling fairly well, considering all that has beset me during the past 2 years, but I didn't need to go into the cold, cold garage. There's a roomy closet in the utility room with the washer and dryer nearby, warm air flows through from the kitchen. I had stashed a couple of cartons of photos and "stuff" there when we first moved here in 2005; the boxes have remained untouched since then. Yes, peculiar feelings were aroused - "Was that me?" "Did I do that?" "How did I get HERE?" LOL!