An Artist & A Film Director with Birthdays on 30 July: Soraida Martinez & Christopher Nolan 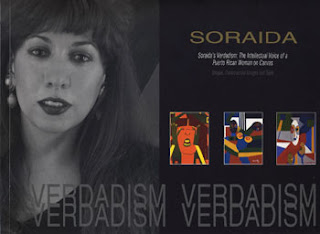 Soraida Martinez, born in New York and of Puerto Rican background, she studied art and psychology at Rowan University, specialising in design. In 1996, she was appointed by the governor to a seat on the New Jersey State Council on the Arts. She developed a thought-provoking art style come to be known as Verdadism, addressing sexism, racism, and stereotyping, with the aim of promoting tolerance and social change. (Verdad in Spanish = truth). The style is defined by juxtaposition of figurative abstract paintings with written social commentaries. 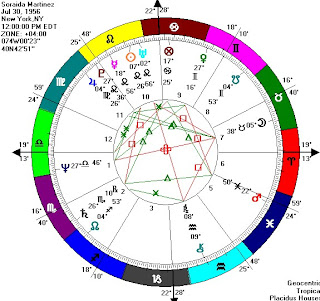 I thought first (wrongly as it happens) of Aquarius, then its ruler, Uranus. Nothing in the chart emphasises Aquarius (apart from Chiron), unless Aquarius were rising as she came into the world, we cannot know this without a time of birth. But look at rebel planet Uranus sitting just 5 degrees from natal Leo Sun! Venus (art) in Gemini is in close harmonious trine to Neptune (imagination, creativity), and in helpful sextile to powerhouse Pluto in Leo - all at 27 degrees of their signs. Sun conjunct Uranus best represents this artist though.

Here are just a few examples of Soraida's work, more can be seen in the Gallery section of her website
Soraida.com

The Terror Of Demasking Oneself 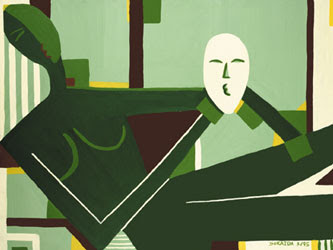 "In this society, we have been conditioned to be what people want us to be. We - as individuals - are afraid to be individuals. That's because American society, which is based on democracy, is actually not so open-minded when it comes to new ideas or different races. And, as human beings, we all know that; therefore, many of us have the terror of demasking ourselves. Most of us would rather die than let someone really know us...perhaps, because of the fear of rejection or a lack of awareness. So we live a 'so-so' life: never being ourselves; sleeping and wearing our daily masks; always afraid of being awaken."

Rage: It's My Body 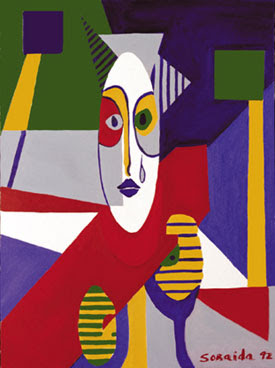 "At a point in my life, I kept hearing politicians making decisions about abortion, sexual harassment and other issues about women. Most of them were men. Men telling women what to do with their bodies and men making decisions for women. What I felt was anger. How dare they not even include women in these choices. The tear in the female mask of Rage shows the pain and anger of living in a male dominated society that keeps women from making their own choices. The band across the neck is a man's red necktie which holds the woman in place and stifles her being. The red color represents a woman's blood as it is sucked out of her soul. The blocked hands depict the obstacles that are put before women. Rage: It's My Body is a painting about the violation of the female human spirit."

Guitar Player: A Symbol Of Hope 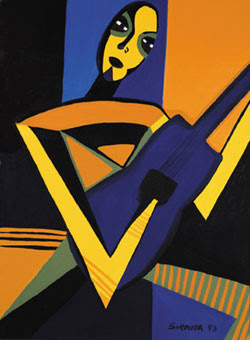 "When I was nine years old, I visited family who lived along the Puerto Rican Mountainside where I remember seeing the "cuatro" being played by many Puerto Ricans and I thought to myself that music was played everywhere to symbolize hope. Guitar Player: A Symbol Of Hope depicts the hope that we are all born with. Even though by the age of forty most of us have already lost that hope, Guitar Player is the embodiment of that desire to regain lost hope. The whites of the eyes of Guitar Player are able to penetrate deep into your soul to make a connection with your lost hope. The guitar itself is reminiscent of the everlasting, ringing sound that soothes us when there is hope and haunts us when there's no hope." 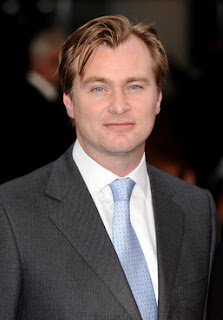 Second subject born on 30 July is Christopher Nolan, Anglo-American movie director whose recently released film The Dark Knight Rises became a tragic backdrop for multiple murders and injuries in an Aurora, Colorado cinema just a week ago. The movie is last of a Batman trilogy, and reportedly portrays a decidedly dark and violent version of the vintage comic book superhero. I haven't seen even one Batman film, ever, so am unqualified to comment on content. I saw another of Nolan's movies some months ago, Inception - found the plot difficult to follow. 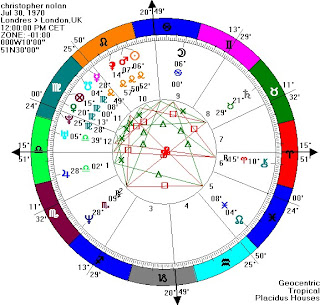 No birth time is known, so 12 noon version of the chart is used. Rising sign and exact Moon degree will not be as shown.

In Nolan's case Leo Sun is conjunct Mars indicating energy, confidence and potential for an occasionally confrontational attitude. In Ms Martinez' case her Leo Sun was conjunct Uranus, so here's one important difference, another is that her Neptune was in Libra, Nolan's in Scorpio.

Unless born between midnight and 1:00 AM Nolan's natal Moon would have been in early Cancer - the sign ruled by the Moon. Cancerian sensitivity and intuition will play an important part in his nature, though will likely conflict at times with that poweful Sun/Mars in Leo.

Neptune is the planet astrologers link to film, photography and movies. Here Neptune is at 28 degrees of Scorpio, a sign known for darkness and even sometimes representing death. There's a chain of linked aspects leading from Neptune: Jupiter (publication, excess) at 28 Libra is in semi-sextile to Neptune; Pluto (Scorpio's ruler) is at 25 Virgo and conjunct Venus (planet of the arts at 20 Virgo)both sextile to Neptune; then Mercury (communication and mental orientation)is at 28 Leo squaring Neptune; Saturn at 21 Taurus opposes Neptune........So that "chain" links by one kind of aspect or another planets representing film, darkness, art, communication, publication - an apt "chain" for a movie creator, especially a movie creator able to produce films such as the Batman trilogy - "chick-flicks" are certainly not, and will likely never be, part of Mr. Nolan's reperetoire.
Posted by Twilight at Friday, July 27, 2012

Verdadism, addressing sexism, racism, and stereotyping, with the aim of promoting tolerance and social change

The less I say the better. I note that she uses the word truth for this - interesting how people do that, as if it is.

James Higham ~~~ Truth? I guess it is HER truth, James. Artists portray their own truths, I guess. Who is qualified to say what are anyone else's truths?

I love Soraida's work, reminds me a little of Kahlo, baring her own soul. Courage.

As to Nolan, I went with someone to the Heath Ledger Batman movie and it left me both puzzled and shruggy. Not a good state.

Now we will forever associate his latest with the unspeakable tragedy of the madman and his access to assault rifles.

Wisewebwoman ~~ Yes, I can see that connection - though Kahlo's wasn't as accessible to all, it was more personal to just herself, I think.

Batman has never sparked my imagination at all, so I know nothing other than he had a sidekick called Robin. :-) The shootings will remain in memories for a long long time, always connected to the latest movie.